2021/4/28
On April 29, 2021 (Japan time), the Government of Japan announced that two Oregonians will be honored with the Emperor’s Commendation for the Spring of 2021, the 3rd year of the Reiwa. The awards were established in 1875 by Emperor Meiji and are the highest civilian recognition. This year the awards will be bestowed upon Mr. Henry Sakamoto and Ms. Doris Hrubant, both of Portland.

Mr. Sakamoto, 94, is receiving the Order of the Rising Sun, Gold and Silver Rays for his contributions to preserving the history of Japanese Americans in the United States and promoting mutual understanding between Japan and the U.S. Ms. Doris (Tachibana) Hrubant, 97, is being awarded the Order of the Rising Sun, Silver Rays for her contributions to the promotion of Japanese arts and friendly relations between two countries. 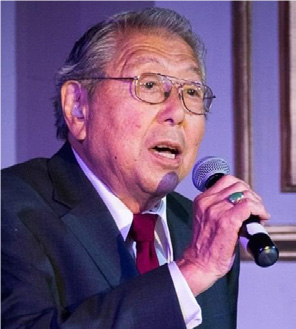 As the first president of the Oregon Nikkei Endowment (1990-2009), Mr. Sakamoto helped establish the Oregon Nikkei Legacy Center more than 30 years ago. Nikkei refers to Japanese emigrants and their descendants. Mr. Sakamoto also served as president (1990-2009) of the Japanese Ancestral Society of Portland, and contributed to the establishment of the Japanese American Historical Plaza on downtown Portland’s Waterfront in support of the development of the Nikkei community in Oregon. The Plaza is located in Old Town that was the heart of the Japanese American community before World War II.
The 100 cherry trees that grace the Plaza were donated to the city by several Japanese trading companies through their business relationships with Mr. Sakamoto. Each spring, thousands of visitors enjoy the beautiful, but brief, blossoms. Culturally this is significant as many Japanese honor and respect the cherry blossoms’ transient beauty and viewing them is an important social event every year in Japan.

After WWII, great quantities of wheat and wood were exported from Oregon across the Pacific. Since that time Japan has been importing almost half of its wheat demand from the U.S., 100 percent of it coming from the Pacific Northwest, making wheat one of Oregon's most important exports. Currently, many Japanese companies, from the food industry to high-tech manufacturers, are active in Oregon, and a diverse and strong economic relationship continues to grow between Oregon and Japan. 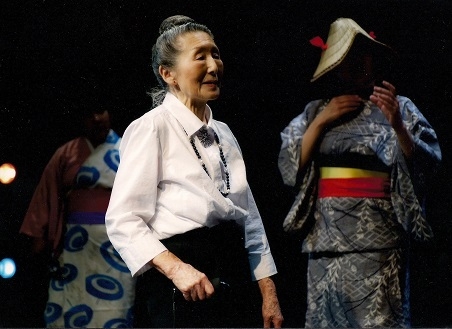 Ms. Doris (Tachibana) Hrubant, is a life-long instructor and performer of traditional Japanese dance, and she has fostered understanding and strengthened the friendship between Japan and the United States. She studied dance in Japan where she acquired the stage name of Sahomi Tachibana. Since 1948, she has performed, taught classes and given lectures throughout the U.S. She established studios in New York and Portland to teach traditional Japanese dance and, through her hundreds of students and countless performances, has contributed to the cultural exchange for over 60 years. She retired from professional performing in 2005, but continued teaching until 2019 when she fully retired at the age of 95.

Bringing arts to the internment camps 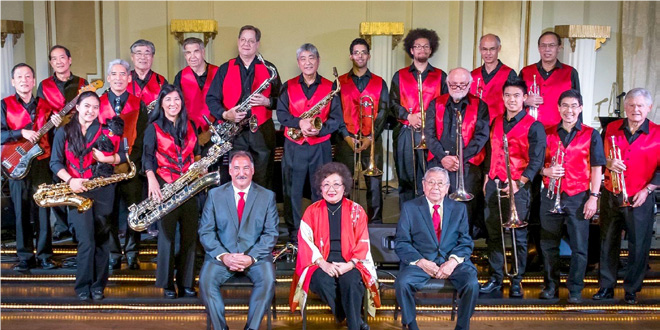 Mr. Sakamoto and Ms. Hrubant were among the more than 120,000 Japanese Americans imprisoned in the U.S. during WWII. Of those, 9,000 were imprisoned at the Minidoka War Relocation Center in Idaho, 8,000 at Topaz War Relocation Center in Utah, and over 18,000 at Tule Lake in Northern California. They also share the distinction of contributing to the history of Japanese Americans through their artistic activities and helping to bring some vestige of normal life to others in the camps. 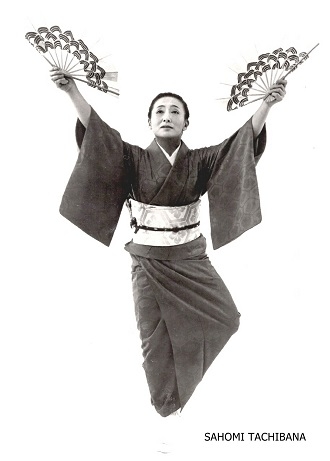 While still teenagers Mr. Sakamoto helped launch the "Minidoka Swing Band" and Ms. Hrubant founded the "Sahomi Tachibana Dance School" – a resilient and passionate embrace of both American and Japanese culture. Ms. Hrubant noted that, “There was no teacher at camp, so I went from being the student to being the teacher.” Both the musical swing band and the dance school are still active and thriving under their current successors.

At the beginning of the internment, Mr. Sakamoto was a 15 year-old sophomore at Lincoln High School in SW Portland. During the internment years, he became a leader within the camp’s high school community, serving as sophomore class president and junior class vice president. He started college in September 1944 at the Ohio Wesleyan University in Delaware, Ohio, and concluded at the University of Oregon in 1951 with a Bachelor of Science degree in Business Administration.

Mr. Sakamoto’s main career opportunity occurred with the U.S. Department of Agriculture from 1953 to 1985 in Portland. Followed by a series of employment and leadership roles in the U.S. Grain Industry that focused on improved relationships with the Japanese Grain Traders and Grain Markets. He continues to work within the Nikkei community to achieve community goals and close cooperative relations with the Office of the Consulate General of Japan.

Ms. Hrubant was born in California and began dancing at the age of seven, performing at her grandparents’ amateur Kabuki theater. At 11, she traveled to Fukushima, Japan to study at the Tachibana Dance School where she acquired the stage name of Sahomi Tachibana. The impending war brought her home at her grandfather’s urging, returning to California just weeks prior to the Pearl Harbor bombing. She spent the duration of the war interned with her family, first in California’s Tanforan Assembly Center, then later at Tule Lake in California and Utah’s Topaz War Relocation Center.

After the war ended, she moved with her family to New York City, where she began studying modern dance and ballet. Following a successful New York debut in June 1948, her dance career blossomed, earning her international acclaim as a master of traditional Japanese dance and known by her stage name, Sahomi Tachibana.

In 1954, she was the featured Japanese dancer in “Cherry Blossom Time” at New York’s famed Radio City Music Hall. With a full orchestra and the legendary Rockettes sharing the stage, Tachibana played both male and female roles in the production. She and her husband, Frank, moved to Portland in 1990 to be near their daughter, Elaine.

The awards coincide with the beginning of the Asian Pacific American Heritage Month and followed by the May 6 virtual opening event celebrating the new location of the Japanese American Museum of Oregon. The Museum returns to the historic Japantown, now Old Town, and sheds light on the long struggles, triumphs and rich history of the Nikkei in Oregon – sharing their valuable experiences and contributions to the region. May 6 is also the 79th anniversary of the day in 1942 when Portland was declared the first major city on the west coast to be free of all Japanese Americans during World War II, as thousands of Japanese Americans were sent to internment camps.

Who: U.S. Senator Ron Wyden, Consul General Masaki Shiga and others will make remarks
Where: 411 NW Flanders St., Portland, OR 97209. Receive a link to register for the virtual opening event at grandopening.jamo.org
When – 5 p.m. PST, Thursday, May 6, 2021

Lynn Fuchigami Parks, Executive Director of the Japanese American Museum of Oregon states, “The new museum space features immersive and interactive exhibits that celebrate the lives and contributions of Oregon’s Japanese American community including Henry “Shig” Sakamoto and Sahomi Tachibana. We can’t wait to welcome everyone.”